The band was honoured by Pinball Clemons who presented us with the The Hamilton Urban Core Community Health Centre Award for Community Service. Pinball also took home the very first copy of "Cigar Store" 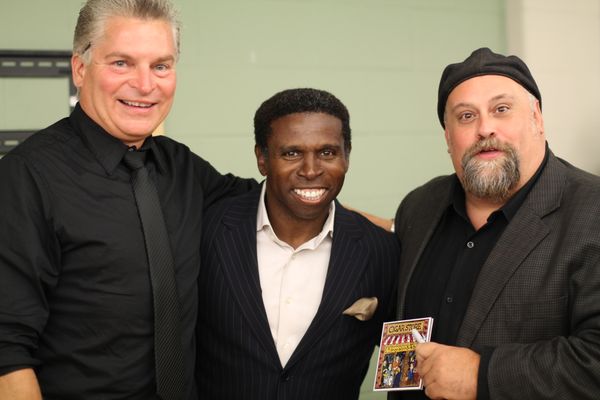 "The Ballad of Albert Johnson" has also been nominated for six 2021 Independent Blues Awards:

The band’s previous release, “Cigar Store”, won 3 Awards at the Independent Blues Awards: Best New Blues, Best R&B Song, and Best Modern Roots Album. “Cigar Store” spent over 47 weeks on the Top 50 Roots Music Reports Blues Charts reaching #2 in Canada, #6 in USA, and #16 in Australia.  Red-hot live performances have become the talk of the town at venues across the county and beyond – including a three-night stand at Club 152 during the 2016 International Blues Challenge in Memphis, Tennessee.

Perhaps Corey Lueck says it best, with his account of the growth and history of The Smoke Wagon Blues Band:

"Though Mike Stubbs and I didn’t know each other back then, both of us grew up as teenagers sneaking out to see King Biscuit Boy in Hess Village. When we were starting out, the Hamilton blues scene was something magical; starting at one end of the street and catching sizzling sets by the likes of Harrison Kennedy, Biscuit Boy, Sonny Del Rio or Trick bag and ending the evening with some smoking down-and-dirty-blues by Tim Gibbons and the Little Red Rooster band. Once polished enough to be accepted into the village scene, playing such clubs as 33 Hess and The Mermaid, we slowly started to carve a niche with our own brand of blues. The pay was never very good, but what a way to develop our sound! Packed clubs and streets on hot summer nights, people dancing from bar to bar, musicians running from venue to venue to catch a few tunes between sets (or to borrow a guitar string). What made that time so special was that people really came out for the music. The music was just as important to the audience as it was to the musicians. Music speaks the truth, and that’s what the blues are all about...while also leaving a little room to boogie!"

Did you know... before Tibor immigrated to Canada from the Czech Republic he was an honest-to-god rock star?  Well, its true!  Tibor is one of the founding members of the infamous rock band “Merlin”.  He has shared the stage with everyone from ZZ Top to Ozzy to Deep Purple.  And within days of arriving in Canada, who does he fall in with?  None other then the "Prime Minister of The Blues" -- Dutch Mason!  Since then he’s played with everyone from Harrison Kennedy to Jerome Godboo and James Anthony.  Can’t get a much better resume in the blues than that!!

When Tibor isn't traveling with The Smoke Wagon Blues Band, he's a Cross Cultural Healthcare Coordinator and Counselor.  He's the first person refugees usually meet once they arrive in this neck of the woods.  He speaks six languages and rubs shoulders with high-level diplomats and politicians. Myself, I only speak two languages -- and one of them is drunken gibberish :^)>…. Here’s a throwback of Tibor with Merlin back in the day.  Dig those leather pants! 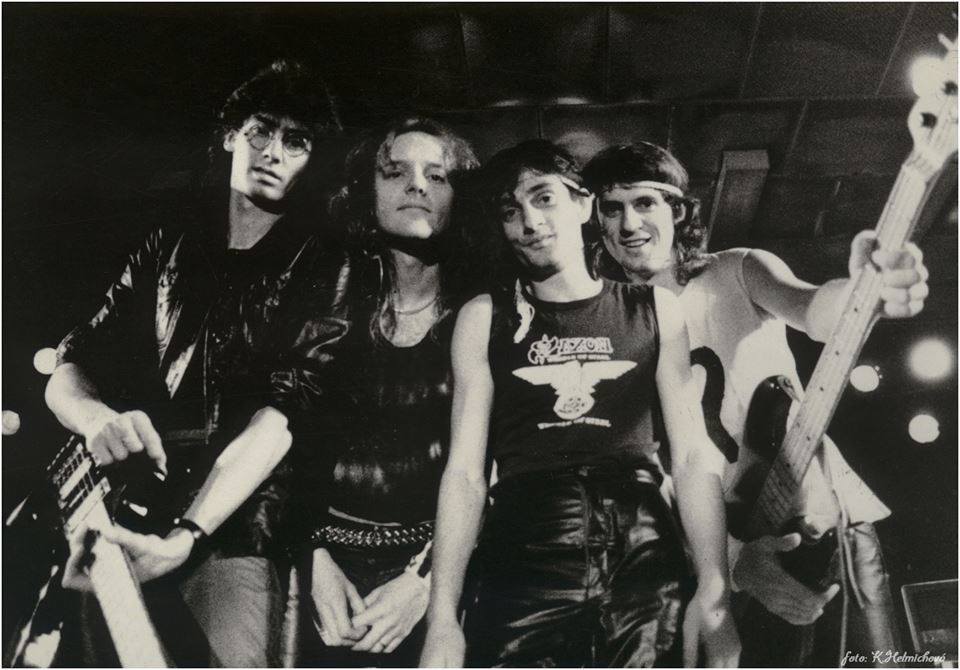 If you look in the dictionary under the definition of career musician, you’ll find the name Gordon Aeichele -- he's been on the road professionally since graduating high school.  Gord is a much sought after sax player and for good reason: he is one of the most well-versed and dynamic players you will ever meet in your life.

Did you know... when Gord isn't slumming it with The Smoke Wagon Blues Band you can find him in places like The Las Vegas Cannery?  Well, it’s true! Gord plays sax in “The Official Blues Brother Revue”, sanctioned and produced by Dan Aykroyd and Judy Belushi. You can find him touring posh theatres across North America and hanging in VIP rooms with the likes of Paul Shaffer and Dan Aykroyd.  How’s that for Blues Royalty?

Gord has been playing with "The Wagon" since 2006 and has been instrumental in the success of their last three albums. Not only do Gord's sax lines appear all over the bands discography but his bass lines too! Gord actually played bass on a handful of tracks for the bands highly successful “It Ain’t Easy” album. And if all that doesn't keep him busy enough Gord has a love and passion for teaching. So much so that he is writing a book that will explore the process of developing as a musician called “The Musicians Path”.  Myself, I’m still working on reading “See Dick Run”... 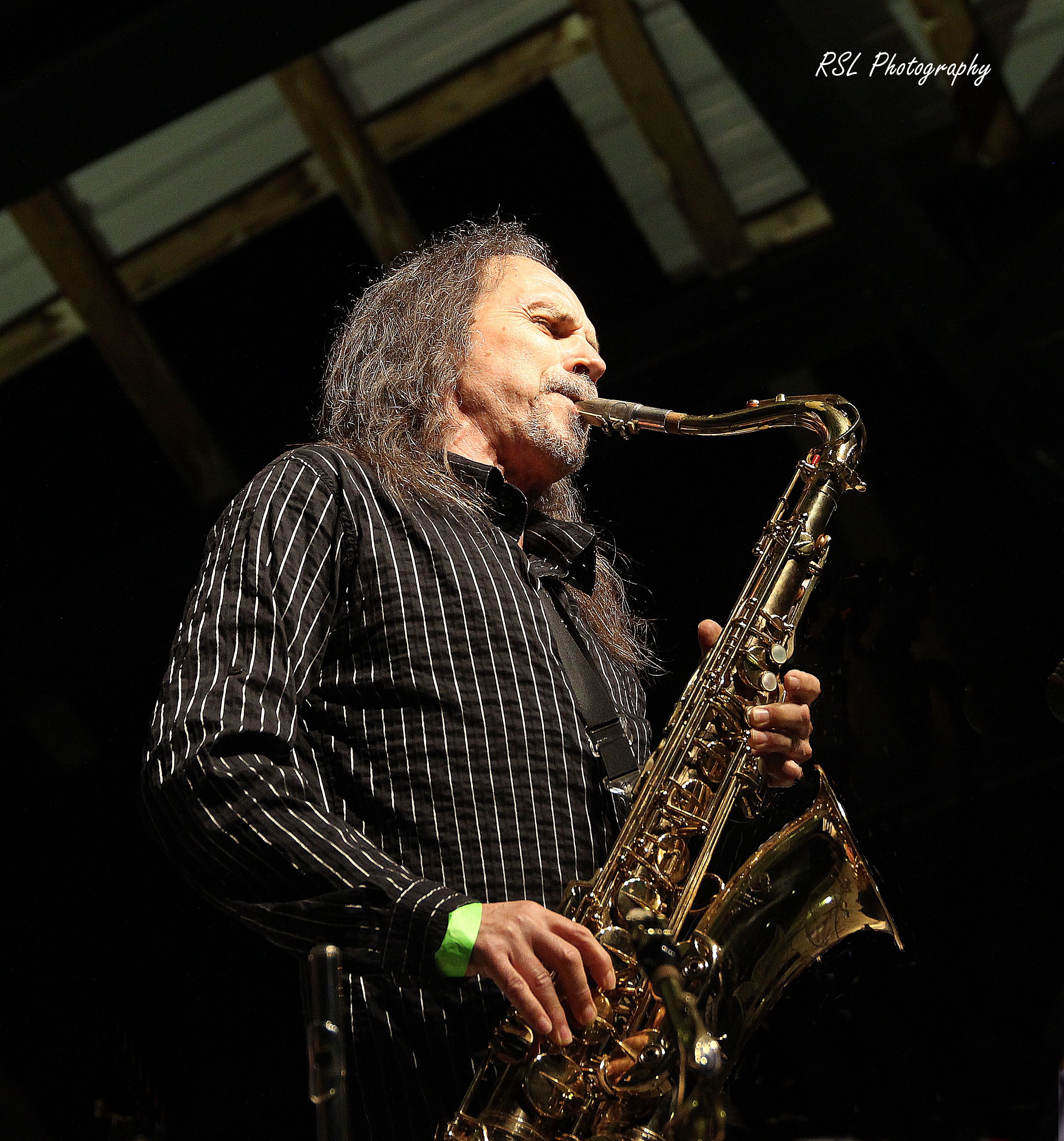 Did you know...   Jason and "The Wagon" met-up through the legendary “Sonny Del Rio” ? Well, it’s true!  Sonny Del Rio, who has a long history of playing with The Smoke Wagon Blues Band, recommended Jason when the band was in a last-minute pinch. It’s been history ever since!  You can still find Jason with “Sonny Del Rio and The 5 Star Revue” on stages across the region.

Did you know...   when Jason isn't performing with the band or contributing to the local music scene he spends time building and riding recumbent bicycle? Well, its true!  You can spot Jason in all seasons and weather with some funny looking road goggles mapping the back roads of southern Ontario. Myself, I’m still trying to master the stationary…

Here’s Jason with the Smoke Wagon Blues Band in Kitchener, ON  Canada. 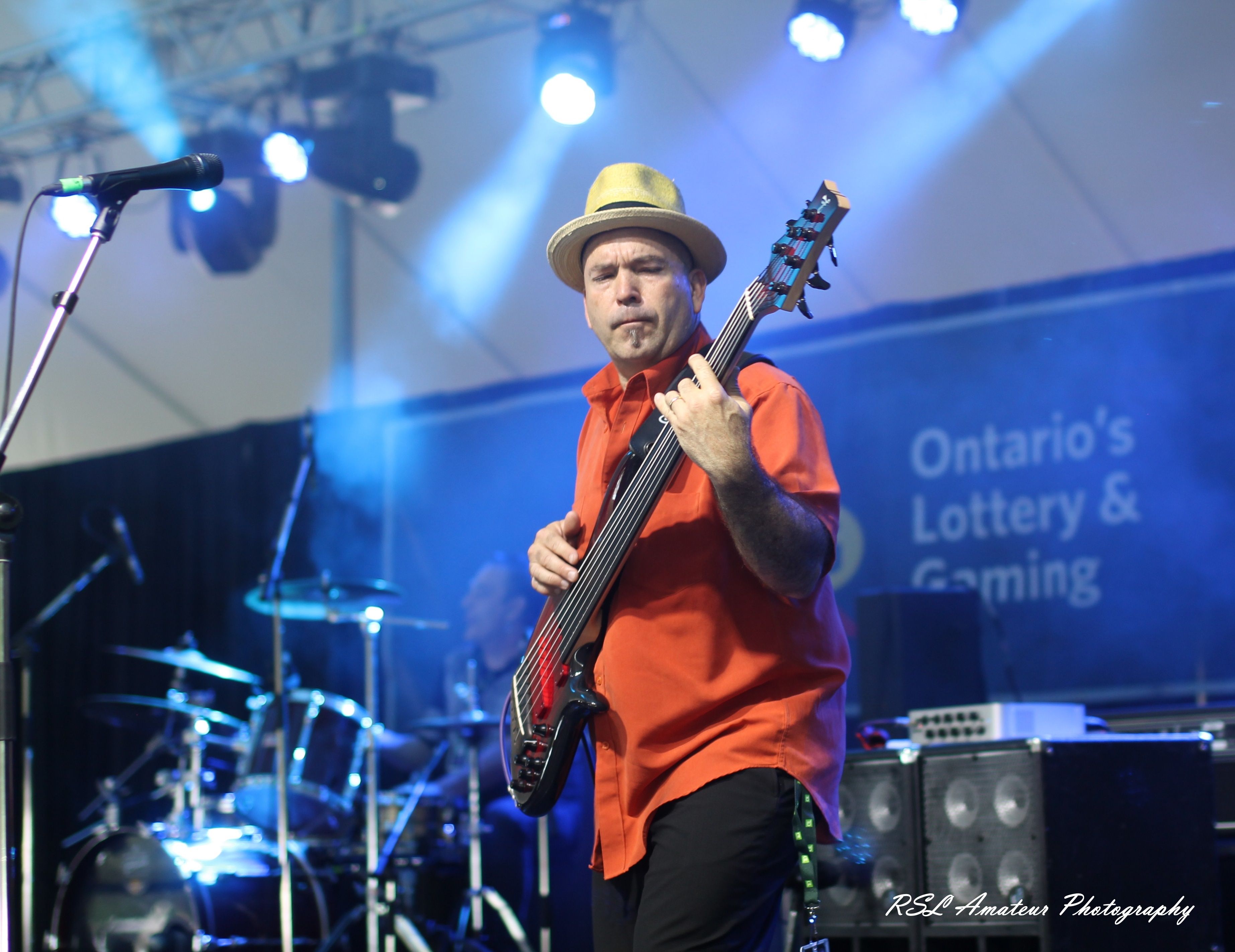 Mike was born and raised in a hot bed of Hamilton talent which gave him opportunities to jam and learn from Richard Newell “King Biscuit Boy”,  the grandfather of Canadian blues. Living close to the Shorts (Martin) Thomas’s (Dave and Ian) and the O’Brien’s (Michael and Jesse) there was no shortage of talented parties growing up. Since his immediate family was not musically inclined Mike picked up on music on his own and in school graduating from Clarinet to Sax and finally guitar in the hopes of earning female admiration.

When Mike isn't tearing it up with The Smoke Wagon Blues Band he’s an avid traveler. Having backpacked and toured all over the globe not to mention living and teaching English in Japan. Most of my literary skills start with “there once was a man from Nantucket.... “ but I digress…

Here's a throwback of Mike backstage with Ronnie Hawkins: 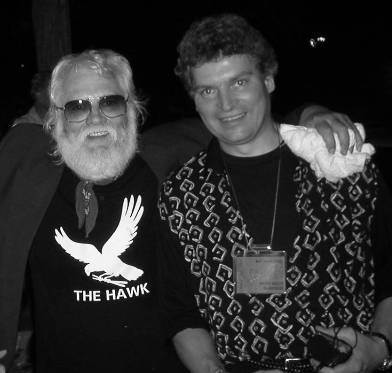 The founding member and workhorse of the band has dedicated his life to The Blues. Communicating his heart and soul through his songwriting and storytelling is his life's obsession. Corey cut his teeth in the local Blues scene right out of high school, learning and performing around Ontario until finding his niche in Hamilton’s storied Hess Village. His wealth of blues knowledge and styles stems from his dedication to his North American grown roots.

For Corey, “Rambling on My Mind” isn't just a lyric. Like the bluesmen icons old, he's paid his dues playing with outfits along the Mississippi in Greensville, Vicksburg, Clarksdale as well as a stint in New Orleans with famous French Quarter piano man Johnny Gordon. He’s performed his brand of blues on stages from St. John's Newfoundland to Tombstone Arizona and as far north as Alaska and the Yukon, to which much of his songwriting is dedicated.

Did you know...   long before The Blues took hold, Corey was an accomplished athlete? Well, it’s true! Corey was a local track star, played semi-pro soccer and traveled across Canada and Europe playing hockey. These sporting trips took him across north America and Europe before the age of 19!

When Corey isn't speaking from the heart to the human condition, you can find him in some local pub screaming at the TV screen over his beloved Habs! Hey we all have a strange one in the family!

Here's Corey throwing down on the home front at the Corktown Tavern, Hamilton ON Canada 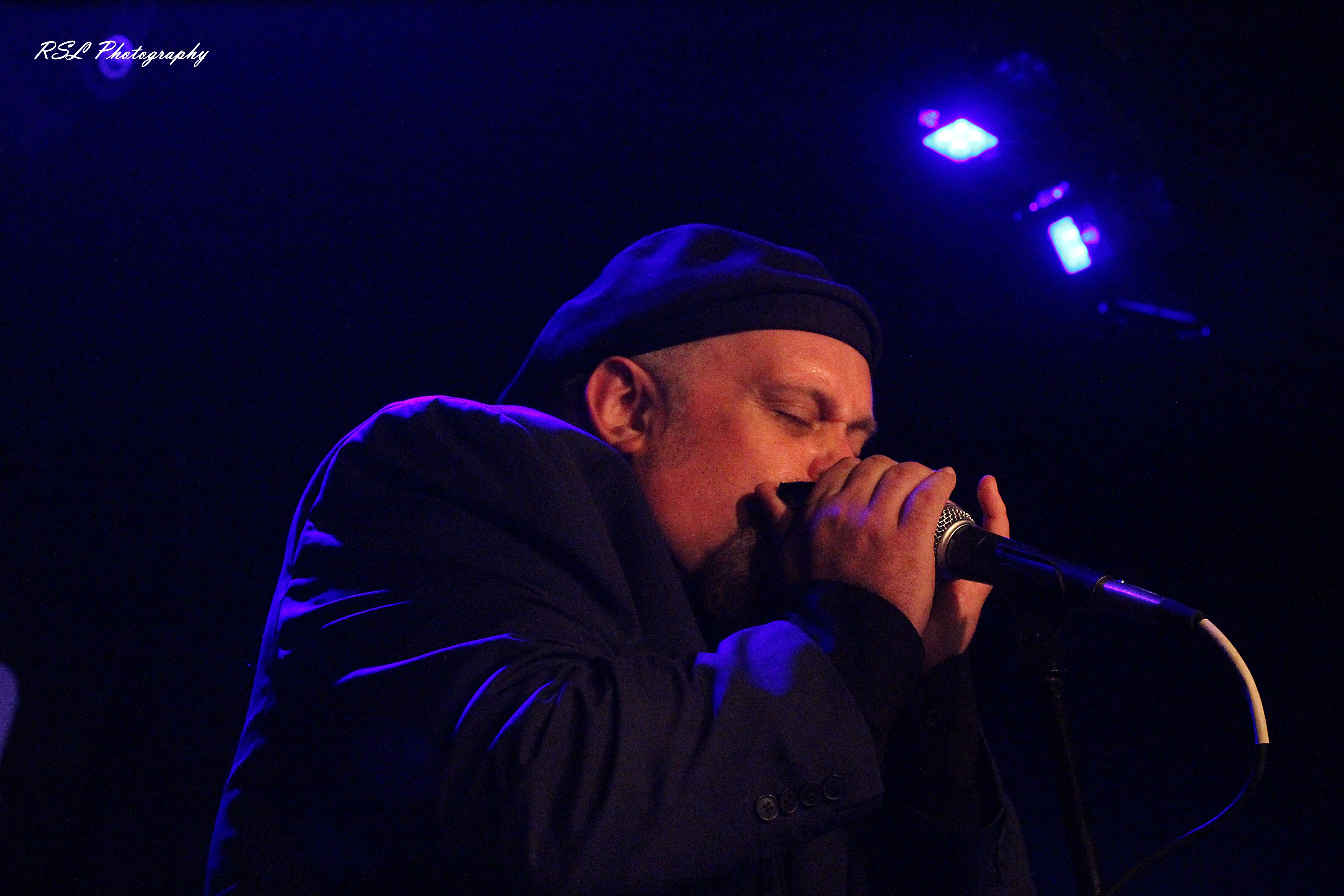 The newest member of The Smoke Wagon Blues Band Peter Beacock has been playing professionally since the the mid-sixties. He was a member of the legendary Canadian outfit: Major Hooples Boarding House from 1972-2017 Enjoying top 30 hits and touring the country over is a truly astonishing Canadian musical success story!

Peter has written and recorded dozens of songs and jingles for a diverse group of companies as well as designing and marketing many successful consumer audio products.

Did you know that when not tickling the ivories Peter leads a group of companies, operates a remote recording/mastering facility, and holds board positions with The Kitchener Blues Festival and CKWR. On top of all that Peter designs/constructs large multi-media entertainment systems, recording studios, listening spaces and is a member of the Audio Engineering Society! My self I'm still trying to get my pyramid of empty Ex bottles to stand without falling. 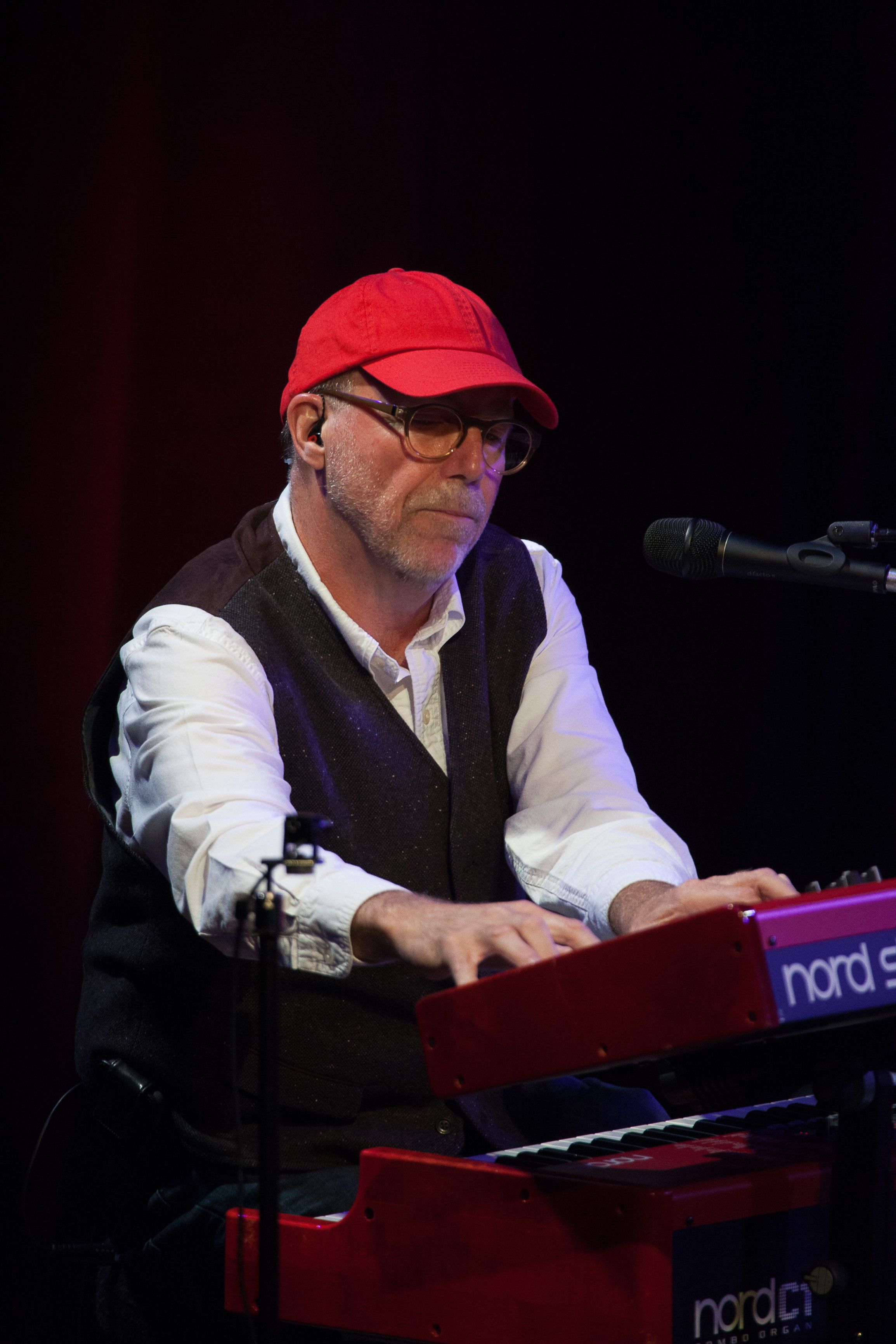 Brandon moved to Ontario to build a business, but managed to play part-time with local blues acts such as The Crusade Blues Band, and The Fire Numbers before lighting it up with The Smoke Wagon Blues Band

Did you know when Brandon's not working the stage with The Smoke Wagon Blues Band that he spends his time restoring and collecting vintage keyboards? Well it's True Brandon's an avid collector, entrepreneur, philanthropist : ^)>  That sure beats my collection of old beer caps and whisky bottles.....

This is Brandon at The Kitchener Blues Festival : 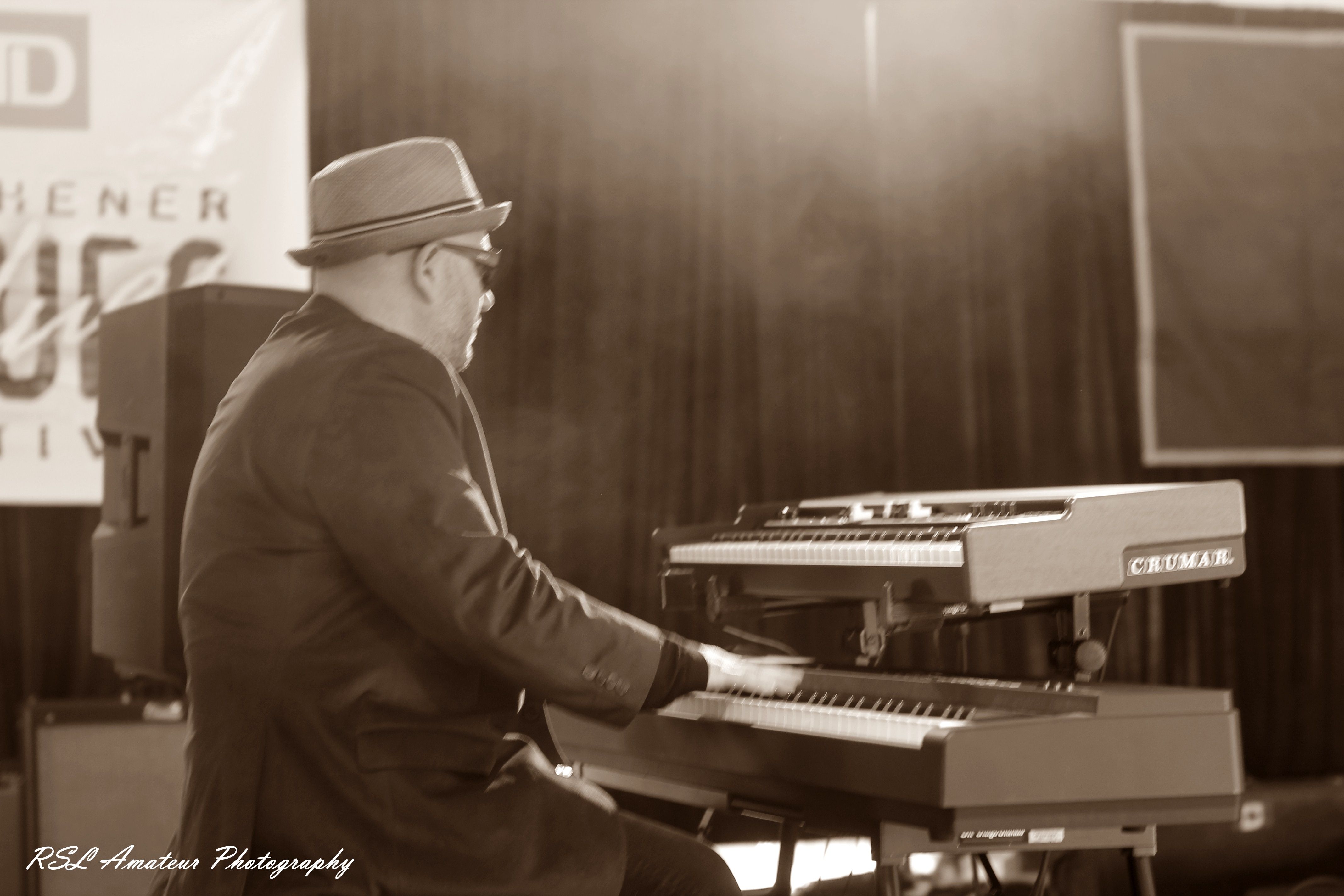 Special thanks to the Grand River Blues Society and The Blues Foundation for the honor of playing in the 32nd annual International Blues Challenge in historic Memphis TN.

The band was very humbled representing Canada and playing along side top Blues musicians from around the globe in the world’s largest gathering of Blues bands.Please keep an eye out for when we're in your town.